You are here: Home / NGT Blog - Tax, Accounting and Business Tips / Tax Breaks That Weren’t Extended by the 2010 Tax Relief Act Probably Are Gone for Good 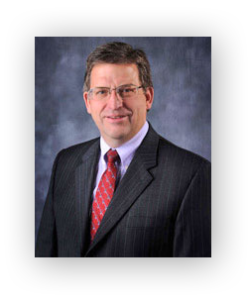 By passing the 2010 Tax Relief Act the outgoing Congress gave a new lease on life to many tax breaks that would have disappeared after either 2009 or 2010. However, it left many tax provisions on the cutting room floor, with only a remote possibility that the incoming Congress will resuscitate them. Here’s a roundup of key provisions that were not extended by the 2010 Tax Relief Act and either expired for good at the end of 2009, or will expire at the end of this year:

Real property tax deduction for nonitemizers. For tax years beginning in 2008 or 2009, taxpayers could take an additional standard deduction amount for state and local real property taxes, up to a maximum of $500 ($1,000 for marrieds filing jointly). (Code Sec. 63(c)(1)(C))

Specialized state and local bond provisions. None of these provisions was extended by the 2010 Tax Relief Act:

Specialized catchup contributions. For tax years beginning after Dec. 31, 2009, an individual may no longer deduct catch-up contributions of up to $3,000 each year to his IRA under Code Sec. 219(b)(5)(C) if he participated in a 401(k) plan of an employer (or controlling corporation) that was a debtor in bankruptcy proceedings and an indictment or conviction resulted from transactions related to the bankruptcy.

Disaster loss related tax rules for individuals. The following provisions were not extended by the 2010 Tax Relief Act:

Disaster loss related tax rules for businesses. The following business relief provisions applied for federally disasters declared after 2007 and before 2010:

RIA observation: Note, however, that Sec. 745(a) of the 2010 Tax Relief Act did extend the Code Sec. 198 election to expense qualified environmental remediation expenditures to include expenses paid or incurred before Jan. 1, 2012.

This message is only visible to admins:
Problem displaying Facebook posts.

This link will open in a new tab. If you need to setup a Liscio account please contact our office.

You can make a secure payment using the link below.